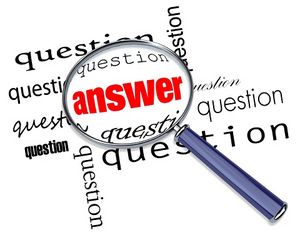 Below Is the Permission to Publish This Essay

I am attaching a short article on the Jesus=Zeus myth. I happen to be Greek and the whole idea sounds strange because, as I try to point out, there is no relation between the two names in the Greek language, only in English. Feel free to publish it on your website if you want, I leave it up to you.

Kim P.    This email address is being protected from spambots. You need JavaScript enabled to view it.

One of the common accusations against the name Jesus in the Sacred Name movement is that the Greek form Ιησους, from which the English “Jesus” ultimately derives, is a Greek corruption that aims to invoke Zeus. The main argument in support of this assertion is the similarity in sound between the last syllable of the English form “Je-sus” and the sound of the name Zeus. The theory is propounded in a number of Sacred Name publications including the dictionary at the end of The Scriptures, a “restored” version of the Bible published by the so-called Institute for Scripture Research, and Lew White’s “best-seller” Fossilized Customs.

What one Sacred Name group did (and continues to do) to my family.

The attitude these people have demonstrated toward my family in the name of their religion is truly amazing. It has caused me to conclude that they serve a god other than the one true God revealed in the Scriptures.

First, you should know that we were second and third generation members of a church near the town of White House, Tennessee. This church changed what it formerly believed to become a sacred name church.

In 1992 and 1993, the minister started preaching and teaching what he told us were the Hebrew names of God. He pronounced the name of God as "Yah-wah."

At first he said our Savior's name was Yasha. He pronounced it like the name of the Russian born Jewish violinist, Yasha Heifetz. Later he linked it with YHWH and said it was YHWH YHWSH. This combination he pronounced as "Yah-wah Yash-wah."

[NOTE: You may have noticed, as we did, that the SH is in the last syllable of the written word, YHWSH, but in the first syllable of the pronunciation, Yash-wah. Little inconsistencies like this seemed to go unnoticed by most people in the congregation.]

Read more: Our Personal Experience With a Sacred Name Church

Many sacred name movement people believe and openly propagate the myth that the name of Jesus is in some way connected with or derived etymologically from the name Zeus. Some believe it, but know it cannot be substantiated by research and are silent about it.  The more knowledgeable people within the movement openly deny the truth of it. Some of these seem to want to pretend the myth was never taught by the early movers and shakers of the movement and is not now being taught within the movement. These certainly resent it being brought up and talked about by one outside the movement.

Here are the answers to questions we have received from some Sacred Name Movement People.

2.  Please do not paint all who call on the Sacred Name with the same brush. We are sorry to hear of the things that have happened to you and your family when you left a Sacred Name assembly. Some people in the movement are exclusive and excessive. But, do you not understand all Sacred Name people and assemblies are not like the one you describe in your personal experience story?

3.  Don't you know that there was never a letter "J" in Hebrew and not one in English until the 17th century and therefore, your word "Jesus" could not have been out Savior's original name?

2.   Is the movement a unified organization?
No. It is made up of various groups with no central authority and no cohesive belief system.