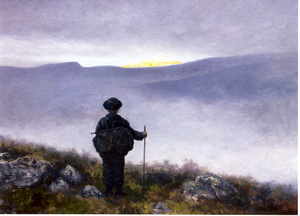 God's name, given to Moses at the burning bush, is written with four Hebrew letters - hwhy, in the most ancient Hebrew Old Testament manuscripts and inscriptions. At that time and for many centuries afterward the Hebrew alphabet was made up only of consonants. Therefore, these four letters are consonants.

This word is called "the tetragrammaton" (word of four letters) by language specialists. Depending on which scholar you consult, it is transliterated into English either as YHWH or as YHVH. This divergence of transliterations is only the beginning of the confusion and inconsistencies for sacred name teachers. That confusion is exacerbated by the fact that the pronunciation of the Name was lost in antiquity.

Viewed individually or as a group, the assemblies comprising the SN movement are fostering an obvious confusion concerning how to say the Sacred Name(s). This is not likely their intention. But, intention or not, the teachers among the groups are themselves confused. When they teach others, the confusion spreads. Since the Almighty One is not the author of confusion, he certainly is nowhere near the SN movement.