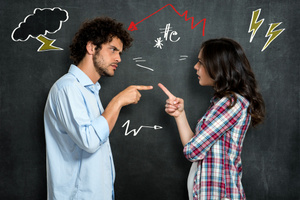 Tim Hegg recently published an excellent article entitled The Given Name of our Messiah- The Controversy over “Yeshua” vs. “Yahshua”.

As usual, he guides his audience through the fog of misinformation and cuts to the heart of the matter using the Hebrew and Greek words of Scripture, itself, to uncover the truth.

Here are our two favorite quotes from the article:

We see, then, that this shortened form of the more full name YeHôShua’ is the result of a shift of pronunciation which occurred following the return of the exiles from Babylon. It was not theologically motivated nor the work of the much later emerging Christian Church but was the natural result of how the Hebrew language evolved during and following the Babylonian exile in terms of various accents and shifts in the pronunciation of vowels.

Those who, against all sound reason and data, insist that the name “Yeshua” unwittingly preserves honor to the pagan deity Zeus likewise teach that this was “common practice in naming people and places [in] the Greek and Roman culture.” But this statement has no basis whatsoever in history nor in the realm of established linguistics.

A quick read at only six pages, we highly recommend Tim's article as well as his other scholarly research at TorahResource.com!